New Role for the World Champion

Congratulations to Dorset's Scotty 'Dog' Mitchell who has been named as the England Men's Captain for the forthcoming British Internationals. He will team up with Oxfordshire's Deta Hedman who takes on the role of Ladies Captain.

Scott has made 20 appearances and will no doubt use his own personal experiences to inspire a new look England side which features 5 men making their debut. He will also be supporting fellow Dorset County player and Hampshire youth player Daniel Perry who makes his debut for the England youth team.

Daniel will play first as the boy's youth games are both scheduled for Friday evening. Scott will captain the Men's team for their matches on Saturday and Sunday.

The Welsh Darts Organisation are pleased to announce that the schedule for the British Internationals 2015 to be held at the Penydarren Social Club, Penydarren, Merthyr Tydfil will be as follows: 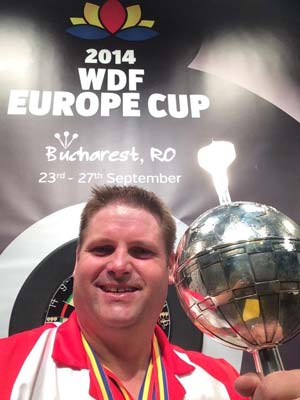