On the 18th October, Dorset's Scott Mitchell was once again in action.

This time his travels had taken him to the city of Ghent in Belgium, where he was playing in a tournament aptly named the Top of Ghent.

This is one of a series of competitions held in Europe, where players attempt to gain points that go towards a qualifying place at the Zuiderduin Masters. This televised event is held later in the year in the Netherlands.

It is with great pleasure that I can report that Scott is now the Top of Ghent Champion 2014.

His route to the final is listed below:

An impressive and commanding darting display with the last two matches covered live on Eurosport. 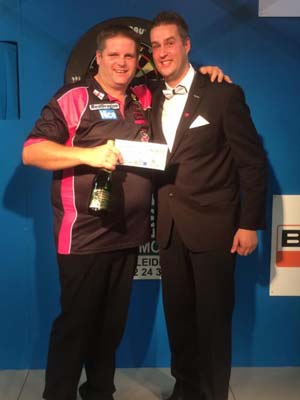