Held at Selsey in Sussex on the weekend of 13/14th September. This competition is run by the England Darts Organisation and was being covered on live-stream for anyone unable to attend the event.

Dorset's Scott Mitchell proved once again he was the man for the big occasion, by adding this title to his growing collection. His route to the trophy was not going to be easy. His opponent in the quarter final was Wesley Harms, who had given Scott a hard lesson defeating him in the final of the England Open 7-2 back in June this year. Scott beat Wesley 4-2 this time. The semi-final was against the fast shooting Gary Robson, Scott with a timely 120 shot-out which turned the match around took the match 5-3.

On to the final, his opponent was Garry Thompson, known as the recliner for his laidback approach. Scott having played him several times before, knew he was not a man to be underestimated, with steely determination Scott took the title with a fine 6-1 win over Garry. 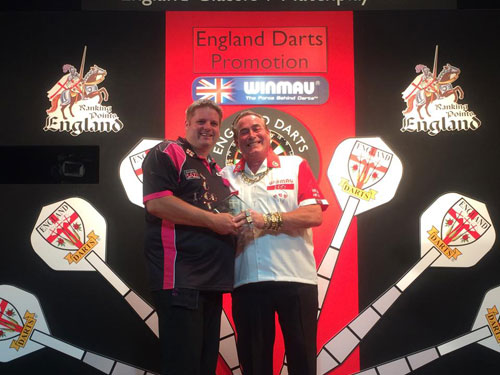