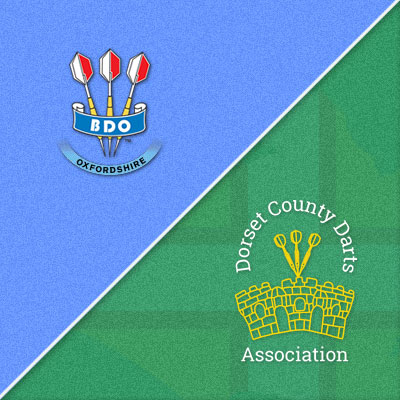 Week ending 23rd/24th April saw Dorset travel away to play Oxfordshire at Ex Services and Bicester Families Social Club the home of Oxfordshire darts. The match brought together 3 England Captains Daniel Perry (youth captain) Deta Hedman (ladies captain) and Scotty Dog Mitchell (ex world champion and Men's Captain) our hopes were high as last time we met we won 20-16 so how did we get on?

Up 1st as always the B teams. Now both our ladies A and B teams have been doing great winning 10 out of the possible 12 points in the last two games so the hopes for a good win were high. Up 1st (never easy going 1st) Julie Boggust who set the bar winning 3-1 then wins for Cath Campbell and Donna Mabbatt gave us a dream 3-0 start. Up next Katie Mitchell whose game went to a deciding leg but Katie kept her cool and poked the winning double.

Next up ladies captain Sally Old who played her best game (in my opinion) of this season winning 3-1 with a 19.80 average and was our lady of the match that just left Lin Bellingham up last with Dorset 5-0 up (now no one likes to be the only loser) Lin didn't disappoint winning 3-0 and never looking like losing, so THE DREAM START Oxfordshire 0 Dorset 6.

Bring on the Men's B and up 1st and looking for his 1st win for Dorset was Richard Hutley and did he throw some good darts winning 3-1 and was our man of the match with a 28.84 average. Then as they say THE WHEELS FELL OFF with losses for Bryan Pearson, Alan Ayres, Mike Bowden so Dorset's men were 1-4 down. Up steps Matty Woodhouse who had a real tough game against Oxfordshire's Michael Kearns the game going to a deciding leg which Matty won, then it was downhill from there with losses for Robby Morris, Nigel Lamb, Richard Gomm (despite hitting a 26.45 average his game going to a deciding leg which Oxfordshire's Mark Burns won and was Oxfordshire's man of the match with a 26.11 average) Daniel Walker, Tim Poole, Graham Inniss and England's youth captain Daniel Perry whose game also went to a deciding leg. So after THE GREAT 6-0 win by the women the men were disappointing losing 2-10 I think that's the highs and lows of darts so going into Sunday Oxfordshire 10 Dorset 8. I was left thinking how could we go 7-0 up and end the day 8-10 down to say I and the team were disappointed is an UNDERSTATEMENT, but Sunday's another day and who knows what might happen we just needed to play like we can and have a little luck.

Oxfordshire ladies have not only Deta Hedman but Clare Bywaters both well known players with great ability, but are A team have a great team spirit and are riding a HIGH at the moment.

Up 1st Sarah Chick who won 3-1 and was our lady of the match with a 21.78 average, next Suzy Trickett who despite hitting a 20.94 average lost 0-3 to DETA HEDMAN who didn't miss much at all hitting an AMAZING 28.19 average and the game wasn't as one sided as the averages suggest but to put Deta's game into perspective she hit a higher average than everyone yesterday men included except Richard Hutley and people think women's darts is boring!

Next up wins for Peri Yarrow, Claire Rogers and Trina Perry who beat Clare Bywaters 3-2 another close exciting game including a 134 shot out in the second leg, up last Julie Frampton who took her game to a deciding leg which she lost so our women's A won 4-2 making the match all even at 12-12 now it was up to the Men's A to get us the win?

Following Robbie we had losses for Matty Yarrow (25.82) and Kevin Smith (26.41) who was beaten by Oxfordshire's Preben Krabben who was their man of the match hitting a 29.05 average. Then a great close game by Lee Turle (24.79) who took his game to a deciding 7th leg which he won to put the Men's A 5-3 up, and one win needed for the draw two for the win, but losses for Thomas Chant (25.13), Matt Read (21.67) and Nigel Lamb (23.97) meant the score line stood at Oxfordshire 18 Dorset 17 and up last for us Mark Grimes fully aware that we needed him to win to get the draw, Mark played like he has most of the season and won with a Man of the Match/weekend average of 29.82 Mark Grimes Christchurch boy and hero of the weekend and probably Dorset's No.1 player this season so over all a FAIR result 18-18

Highs and lows of the weekend. To say it was a roller coaster ride sums it up 7-0 up and cruising then 8-10 down, as seems the norm lately the LADIES got us the draw and it's costing John Clark our manager money having to buy the ladies a winning drink, and nice to see the Men's A not fold but get the 6-6 draw but the Men's B I look at the team and know what they CAN DO and now we look forward to next season having finished 4th not bad but I'm optimistic for next year, sorry to see Claire Rogers leave us but with a young baby and an upcoming marriage her priorities quite rightly have changed but we still have a great side which can cause some UPSETS. Next season BRING IT ON I for one can't wait GREEN ARMY MARCHING ON, team spirit and belief to win still intact. 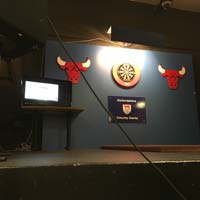 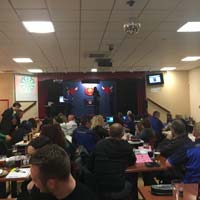 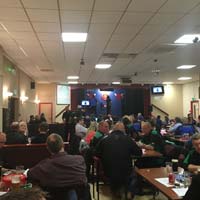 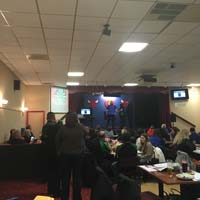 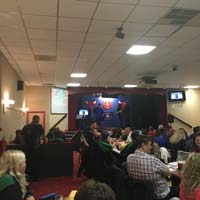 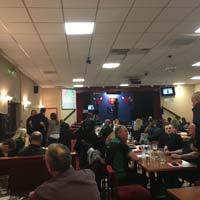 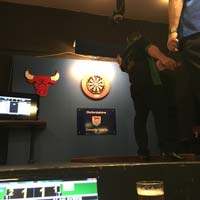 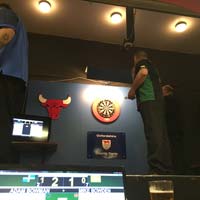 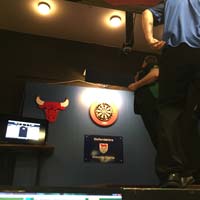 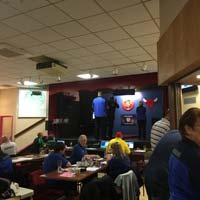 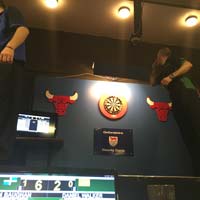 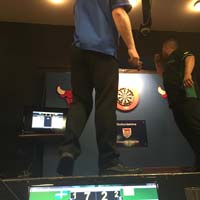 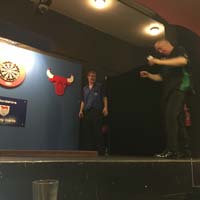 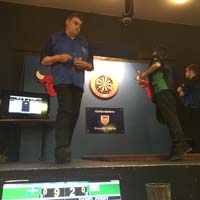 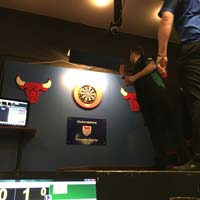 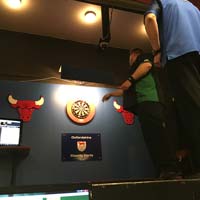 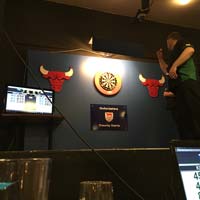